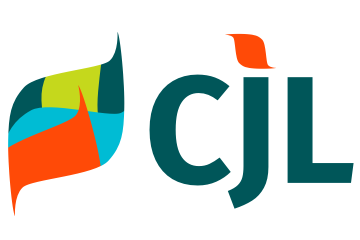 Vayigash: Are You a Spectator or a Player?

Are you a spectator or a player?

What is the difference between the two?

How does one become a player?

Many of us would consider ourselves to be sports fans of a particular team. We watch them each season either from our seats in the stadium or on our living room couches, cheering them on as they do their best to win the game. We are overjoyed when our team is victorious. We are saddened when they are defeated.

However, as passionate as we are about the teams we support, in reality we remain a mare spectator of the game. The players are the ones who are on the pitch or in the arena. They are the ones who truly win or lose the game. We as spectators are only living vicariously through those players we admire who are actually playing the game.

It is vital that each person recognise the role they have chosen. It would be a disaster if a player feels and plays like he is only a spectator. It is quite sad if a spectator thinks he’s a player.

The difference between the two is obvious. A spectator can leave the stadium when his or her side is loosing. A player does not have that option. He has a responsibility for the outcome. He will take credit for the victory and be blamed for defeat. The spectator on the other hand remains anonymous in this equation.

How then does one become a player?

In this week’s Torah portion we read about this transition from spectator to player in one of the most dramatic scenes in all of biblical literature.

Judah and his brothers are faced with a most harrowing dilemma. They are confronted by the viceroy of Egypt who is threatening to seize their youngest brother Benjamin and make him his slave. This would almost certainly completely shatter their already very fragile father.

Standing together in the palace of the mightiest empire of its day they are left with little choice. The odds are heavily stacked against them. There is little room to manoeuvre.

What does one do?

It is a this moment that “Judah steps forward”. He moves beyond the comfort zone, ahead of the crowd. In fact by doing so he is crossing a red line. The line of etiquette expected by Egyptian sovereignty. The Midrash explains that in effect this was a “declaration of war”. In others words Judah was stating that I am ready to sacrifice everything I have, including my life, in order to bring my brother Benjamin back home safely to his father.

The lesson in our lives is very clear.
We have a choice to make each and every moment of our lives.
Do we watch events around us as “spectators” or “players”?
Do we watch the news or do we make the news?
Do we resign ourselves to the status quo or do we resolve to become disrupters?